At the beginning of the twentieth century, Vladimir Ilyich Lenin—the future leader of the Bolshevik Revolution—was one of the editors of a political periodical called Iskra (The Spark). Published in Russian in Western Europe, radicals smuggled the magazine into the Romanov Empire in the hope of firing up a revolution. When in 1945 the Mechanics Factory in Kranj (in today’s Slovenia) was looking for a name that captured the new reality of socialist Yugoslavia, an engineer proposed the name “Iskra.” One can imagine the argument: Lenin had famously announced, “Communism is Soviet power plus the electrification of the whole country.” The new factory would deliver the electric products and tools that would power socialism in Yugoslavia, then newly allied to Moscow. According to Cvetka Požar in her essay in this new history of the company and its designs, one local communist leader objected to the proposal, feeling that the factory ought to be named after a revolutionary. Even before Tito’s famous break with Stalin that set Yugoslavia on a non-aligned path, it would seem that some Yugoslav socialists were not always politically correct.

In Iskra: Non-Aligned Design 1946–1990, a handsomely illustrated book accompanying a 2009 exhibition on the history of one of the best-known manufacturers in the Socialist Federal Republic of Yugoslavia, the question of just how socialist the company and its products were is never far away (even if it is not asked directly). Founded at the end of the Second World War, Iskra became a kind of flagship enterprise for Yugoslavia, its products representing the kind of scale, organization, and technical know-how that socialist states loved to champion and usually failed to deliver. Founded by partisan engineers and scientists, the company grew rapidly: by 1983 it employed over 32,000 people. Its first products were simple electric meters and–just before it was privatized and dismantled–its last were robots and personal computers. Iskra was, at least until the mid-1980s, a success story.

As Barbara Predan and Cvetka Požar demonstrate, the company’s products were shaped by a strong design ethos. The design department–formed in 1962 on the eve of economic reforms–set itself a challenge “to give Iskra products as soon as possible a unified and modern look, to find a coherent Iskra style, so to speak, which will take into account both the most advanced technology and the demands of the market” (p. 90). For much of the 1960s and 1970s, it met its target. Through the work of Davorin Savnik and a team of designers—from the annual calendar to the automated traffic control systems at railway stations—Iskra’s output was marked by a high modernist concern with function and clarity. Considerable effort was put into designing a singular corporate identity for the many products manufactured in its diverse branches throughout the former Yugoslavia as well as its communications and publicity. Making the kind of grand claims for what was called “house style” in the West, Iskra’s designers claimed that “Total design” would signal quality to would-be consumers and unify the company. These ties—never tightly fastened—proved inadequate in the long run. The individual factories that constituted Iskra began to develop their own product lines or buy licenses from abroad. The design department was dissolved in 1982 with designers reallocated to individual factories. As Predan explains, when in the 1980s the Yugoslav economy began to face the consequences of the artificial consumer boom of the late Tito years, design was sacrificed.

From its early days, the company displayed many of the characteristics of socialist industry, establishing its first worker’s council in 1950. Yet within a year of this auspicious event it was making export arrangements with Western companies. By the 1970s Iskra was supplying electronic components for Bosch, Renault, and Volkswagen, as well as staking out patents and winning international awards for its own designs. This duality is understood by the authors of this book as a reflection of Yugoslavia’s non-aligned status. The country was home to the first conference of Non-Aligned Countries in 1961, a union of progressive states which refused to fall into either camp in the Cold War. No doubt Josip Broz Tito addressed the assembled leaders through a well-crafted Iskra microphone.

Iskra represented—as Predan shows—an attempt to bring capitalist know-how to a socialist production. “Numerous factors—the planned economy, self-management, the consensus economy, the enthusiasm after the defeat of Fascism and Nazism, the desire for a new society built on a more equitable (and industrialized) foundation—made it possible for Iskra even to come into being,” she writes. “In the period of socialism [Iskra] employed all the methodological tools that were being used in Western markets” (pp. 56-7). What these instruments meant to those who employed them was ambiguous. On the evidence presented in this well-researched book, it seems that advertising and marketing were not viewed as innately capitalist and, as such, did not produce the kind of fetishistic desires that Marx so roundly criticized in Capital. From the technocratic perspective of Iskra’s designers and technicians, they were merely tools much like ergonomics or information design.

Stane Bernik, writing in an Iskra exhibition catalogue in the Design Centre in Stuttgart in 1971, put the company ethos in relatively clear, if less than concise, terms: “Industrial design, or rather, the philosophy in which it is grounded, is becoming the driving force of the progressive side of the manufacturing process through which an ideology of design as a possibility for the world today and tomorrow is being established—a design that rests on the sort of material culture that is the result of the active functions of a living environment that is, in an artistic sense, more richly motivated and realized” (p. 51). No loyal Yugoslav ideologue could disagree with his sentiment. Moreover, his words were in harmony with the lofty aspiration of humanist designers elsewhere in the world too. They could have been delivered at the Aspen conferences in the 1960s or issued from the mouths of Braun’s designers. Much the same can be said of the company’s products. They spoke the same kind of international design Esperanto as Olivetti, IBM, and Braun’s goods.

In the third major essay in the book, British design historian Jonathan Woodham surveys the international context of Iskra’s operations, discussing visits and meeting with representatives of international NGOs and professional associations. In the approving reports from British representatives of the Design Council and design bureaucrats that he cites, one can almost detect envy. These commentators understood efficient products stripped of unnecessary styling, teamwork between designers and engineers, and the steer that comes from a “rationally”-organized economy as the prerequisites of “Good Design.”

Looking carefully at the products which feature in this publication, one begins to wonder about their ideological functions as well as their practical operations. The monumental 35mm movie projectors that came off the company’s production lines from the late 1940s were joined in turn by trim 8mm home projectors in 1963. Was this a shift from the projection of Stalinist propaganda to the promise of Socialist consumerism? In this, can we detect a move from public culture (the cinema) to a private one (home)? Who determined the need for such things? In similar fashion, one might ask what was the impetus behind the investment in experimental engineering products? Cybernetic systems, for instance, had been the holy grail of the planned economy throughout Eastern Europe in the 1960s. The aim of managing the uneven relations of production and demand with computers, or of regulated mechanical operations on an assembly line, had been claimed as the means to stir command economies out of stagnancy. By the 1980s most of the countries in the Eastern Bloc had virtually given up this hope. Did the Roki 200, Iskra’s cybernetic robot, unveiled at the Hanover trade fair in 1988 represent the last outing of this socialist high-tech fantasy?

Since the end of the Yugoslav wars of the mid 1990s, the material culture of the Tito era has been wrapped in its own particular brand of Yugo-nostalgia. Food, packaging, music, and even holiday resorts have been the subject of considerable sentiment. The stability of this “golden age” has high appeal in societies that have seen war and economic collapse. Iskra’s products don’t seem to have been adopted in this fashion. In fact, in his introduction to this book, Špela Šubic complains that Iskra risks being forgotten, not least by the inheritor companies that were formed from the Iskra’s remains at the end of communist rule. Why they should be exempt from the taste for socialist kitsch is an intriguing question: could it be that the designers’ emphasis on the functional and rational forms affords little purchase to such desires? Perhaps in this regard, at least, they behave like “good” socialist things, stifling this particular form of commodity fetishism.

David Crowley is professor and head of the Department of Critical Writing in Art and Design at the Royal College of Art in London. 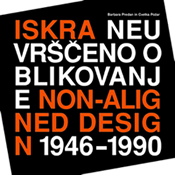