What does Lauren Conrad have in common with Rimsha Masih? One is an American reality TV star who parlayed her MTV persona into a do-it-yourself website, a fashion line, and several semiautobiographical novels; the other is an illiterate Pakistani Christian. Both young women made headlines last month for destroying books. Masih stands accused of burning a page of the Koran, possibly by accident; Conrad, whose actions are readily verifiable because she recorded them on video, took an X-Acto knife to nine Lemony Snicket titles in order to recycle their spines as decoration for a storage box.1 Masih’s alleged biblioclasm landed her in jail, though Pakistani authorities now claim that the purpose of her arrest was not to enforce the country’s antiblasphemy laws but rather to protect her from vigilante violence. Conrad’s earned her 1,848 “dislikes” on YouTube. Her original happening concluded with a perky invitation to “submit a video response with the books you used and share with us what books you’re reading now”; viewers responded instead by forwarding the video to so many other outraged book lovers that the footage was ultimately pulled from her “Crafty Creations” website and excised from YouTube. One BuzzFeed reader commented, “Holy sh-t I feel like I’m watching some sort of terrible snuff film”; another upped the ante to, “I feel like I’m watching a murder.”2

It might seem hyperbolic to compare cutting up books to knifing bodies. But secular bloggers clearly instill a volume with a religious sense in that they feel it has more in common with a person than it does with, say, a flowerpot. “If Christians burn our Koran, we will burn them,” one of Masih’s neighbor told Reuters—and in July, a Pakistani man who, like Rimsha Masih, was reported to be mentally unstable was set ablaze after being beaten to death in retaliation for burning a copy of the Koran.3 Afghans rioted after learning that NATO soldiers were burning copies of the Koran at a garbage dump, as Muslims strongly believe that sacred texts must be laid to rest with the same reverence as dead bodies.4 One closely guarded “book cemetery” in the mountains of Pakistan contains seventy thousand damaged copies of the Koran.5 Muslims thus stand near the middle of the spectrum, with Jews, who protect not just sacred texts but all written paper from defilement by laying them in a special resting place called a geniza, on one end, and Christians, who for centuries have happily torn pages from secular books for use as toilet paper, on the other.

Before 1850, when a Massachusetts manufacturer invented the paper bag, groceries were casually wrapped in newspapers or even in pages torn from books. Even after the middle of the nineteenth century, at which time wood pulp reduced the cost of papermakers’ raw materials as a replacement for linen, and the lifting of taxes—in Britain in particular—reduced the cost of the finished product even more dramatically, intellectuals continued to dismember books in times of scarcity. When Alberto Moravia and Elsa Morante holed up in a shepherd’s hut during World War II, they brought two books, the Bible and the Brothers Karamazov. After a couple of months they faced the choice of which to consign to their makeshift outhouse.6 After the war, the great Soviet literary theorist M. M. Bakhtin continued to use his own manuscripts to roll cigarettes.7 In between, German soldiers busily paved Russian streets with layers of encyclopedias, while their American counterparts turned irreplaceable volumes into munitions wadding and cartridge boxes.8

Paradoxically, pages reduced to toilet paper or fish-and-chips wrap often circulate more widely than books that sit demurely on the shelf: Felix Mendelssohn found the score for Bach’s St. Matthew Passion wrapping butcher’s meat; the attorney general who prosecuted Thomas Paine for sedition charged that Rights of Man had been “thrust into the hands of subjects of all descriptions, even children’s sweetmeats being wrapped in it”; and the rabble-rouser William Hone traced his political awakening to a scrap of a revolutionary tract happened upon at the cheesemonger’s. The first Protestant missionaries in India chose the size in which to publish Bibles with an eye to preventing desecration: “In Madras,” one reported in 1875, “the sale of Scriptures as waste paper is largely guarded against by printing them on pages of so small a size that they are almost useless for bazaar purposes.”9

One needn’t worry about such things in the age of Saran Wrap and Tupperware: you have to pay to get books carted away, as I discovered when my grandmother moved into a retirement home. As more content gets digitized, the carcasses of print books will come to clog even more landfills. Does the future lie with pulping books to build a highway (as recently happened with a warehouseful of romance novels in Britain)?10 Or with printing books on toilet paper, as the best-selling Japanese horror novelist Koji Suzuki did in 2010?11 The latter innovation may in fact represent the highbrow option: a canny new company in Michigan recently began to sell local businesses advertising space on rolls of toilet paper that the company then distributes free of charge to public venues.12

Rimsha Masih may not be Lauren Conrad’s soul mate. Better candidates for that role would be the American designer Kate Spade, whose current line of purses mimics the shape of paperback reprints, or Lisa Occhipinti, whose The Repurposed Library: 33 Craft Projects That Give Old Books New Life gives step-by-step instructions for turning your old hardbacks into items such as—M. H. Abrams must’ve shuddered in horror—a mirror and a lamp. As the soul of our reading migrates online, its earthly body loses value. Like bodies, though, books require respect no matter how much they’ve aged. The disciplinary action that American soldiers received for Koran-burning coincided with punishment some of their comrades received for urinating on an Afghan corpse. That a body has died or a book has worn out doesn’t release us from the duty to respect it.

Leah Price is Professor of English at Harvard University. Her books include The Anthology and the Rise of the Novel, Unpacking my Library: Writers and their Books, and How to Do Things with Books in Victorian Britain. She writes on old and new media for the New York Times Book Review, the London Review of Books, and the Boston Globe. 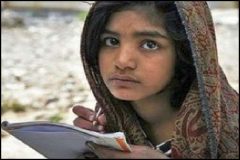 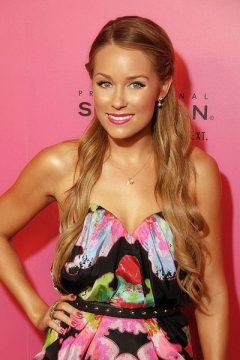