We Are All Dinosaurs
John Harris, OBE

The following was a talk on the market for architectural, decorative, and ornament drawings delivered at the Bard Graduate Center on April 5, 2011 to mark John Harris’s acceptance of an Iris Foundation Award for Outstanding Contributions to the Decorative Arts.

You may be puzzled by my title, and the explanation will become clear. I did think of calling this short talk, “Where Have They All Gone To?,” referring to a golden age in New York between 1950 and 1990 when thousands of drawings of ornament, stage design, decoration, furniture, and associated architecture, poured onto the market, and so into museums and private collections. On my shelves there must be two hundred auction, dealer, and museum catalogues covering this subject.

What I am not going to refer to is the focus on Piranesi from the early fifties, a study typified by this, albeit later, Piranesi catalogue from Columbia University in 1972 (fig. 1).1 If you recollect that great exhibition at The Metropolitan Museum celebrating Philip de Montebello’s acquisitions during his directorship, at the exit there was a display of the exhibition catalogues during his tenure.2 One was missing: the 1991 French Architectural and Ornament Drawings of the Eighteenth Century, by Mary Myers (fig. 2).3

It was a watershed, for after 1990 not only was it her swan song to the museum, but it was a swan song to the subject. After 1990 there was a general decline of interest among international museums in this field of collecting and scholarship. This desuetude set me recollecting what I experienced in New York through the 1960s, and the succeeding two decades, when in New York and London there was an explosion of interest in these drawings. It was a paper story and everyone seemed hooked on it.

I arrived in New York in 1960 having begun sorting Sir John Drummond Stewart’s collection of stage designs, an astonishing gift to the Royal Institute of British Architects in 1834, the year of its foundation. I was non-plussed to distinguish one Bibiena from another. So during the following decade I discoursed with two giants of the subject: A. Hyatt Mayor at the Metropolitan, and Donald Oenslager, a private collector.  Hyatt had written on the Bibiena family in 1945,4 and in 1962 produced with the collector and connoisseur Janos Scholz, Baroque and Romantic Scene Design (fig. 3).5

Scholz had already given his Italian ornament drawings to the Met in 1949 and 1952. Donald Oenslager had been Professor of Scenic Design at Yale from 1925, and over the years had acquired more than 3000 drawings, widely exhibited in 1963, and culminating in 1974 in the exhibition “Stage Design: Four Centuries of Scenic Invention (fig. 4).”6 Oenslager was one of the frenzy of bidders in Geneva at Edmond Fatio’s sale of more than 2000 theatre designs in June 1959, when it seemed as if all the world was bidding. It did more to announce the sixties than anything else. There would be jousting debate as to whether a grotesque ornament was by Etienne-Lavallé Poussin or Giuseppe Manocchi; or an architectural design was by Giuseppe Barberi or the younger Valadier.  In the Metropolitan Museum’s Bulletin for January 1960, Carl J. Weinhardt, Hyatt’s associate curator and an expert in ornament drawings, wrote about “Ornament Prints and Drawings of the Eighteenth Century,” encapsulating the interests of Hyatt, who was not only Carl’s mentor, but the mentor too of John McKendry, Hyatt’s successor in 1969, an enthusiast for ornament, who died tragically young.7

McKendry was a close friend of Desmond Fitzgerald, who edited Juste-Aurèle Meissonnier And Others in May 1963 for Helene Sieferheld’s gallery. Unfortunately they were mostly by “Others.” But in 1964 there had appeared a catalogue for the Cleveland Museum of Art that enshrined much more: Henry Hawley’s Neo-Classicism Style and Motif (fig. 5), acknowledged three afficionadoes of the subject: Tony Clark, Tom McCormick and John Maxon, for this was also the decade of international interest in neo-classicism.8 Remember Eileen Harris’s Furniture of Robert Adam (1963; fig. 6), David Irwin’s English Neo-classical Art (1966), Robert Rosenblum’s Transformations (1967; fig. 7), and Hugh Honour’s Neo- Classicism (1968; fig. 8).9 Clark was enriching the Minneapolis Institute of Arts with wondrous acquisitions, Tom McCormick cataloguing Clerisseau. I think Hawley’s book was the first to intermingle and cross all the categories of this phenomenon. For me, the real vortex in New York was at the Cooper Union Museum where box after box of the 30,000 drawings were disgorged and debated upon, notably between me and curator Dick Wunder, whose Extravagant Drawings of the Eighteenth Century in 1962 helped stimulate general interest in the museum’s decorative and ornamental designs (fig. 9).10

This epoch of connoisseurship in the sixties influenced curators and collectors for the next two decades. An early and under-appreciated catalogue in 1965 was the beautifully designed and printed Agostino Mitelli Drawings from the Kunstbibliothek, Berlin, by Ebria Feinblatt, Curator of prints and drawings at the Los Angeles County Museum of Art (fig. 10).11

We must not forget the dealers in all this. Their activity was extraordinary in London as well as New York, and to a lesser extent in Paris. Early in 1968, Philadelphia exhibited Drawings by the Bibiena Family, and in the preface acknowledges dealers Seiferheld, Slatkin, Goldschmidt, Leitman, Schab and Jeudwine, to which could be added Hans Calmann, Peter Claas, Walter Schatzy, Christopher Powney, Paul Grinke, and Ben Weinreb, who had already issued his fourth catalogue, ahead of anyone else in selling architectural books and drawings.12 It was Weinreb who had enthused Phyllis Lambert in Montreal to begin collecting on a professional scale. It was truly an international market, enriching the dealers, who through their trade enriched museums and collectors. Wynne Jeudwine, who wrote Stage Designs for the RIBA in 1968,13 was both bookman, dealer and connoisseur, as was his friend in dealing Yvonne ffrench, both closely associated with Sven Gahlin, one of the first connoisseur-dealers of the fifties to enter the market. And we must not forget the auction houses. Let me relate a personal anecdote. Not so long ago Eileen and I were giving dinner to Sven and his wife Juliet. Upon arrival—keen to show me a pretty eighteenth century chinoiserie ornament design—she smilingly turned it over to read the inscription on the back as to provenance: “Lewis Vulliamy – 1820, Rupert Gunnis – 1958, a present to John Harris  – 1960”; and the question put by Juliet to me was, “whose handwriting is this?” To which I replied, “but that’s by Paul Grinke…I sold it to him. He’s coming to dinner this evening,” when there was a knock on the door. We later ruminated that maybe Sven had been the first in the field, and Grinke and I had been at it from 1956. Sven said then, “We are dinosaurs left over from an epoch whose participants are mostly dead. There is no one to take our place.”

I should add that a few of us are still alive, as is Phyllis Lambert, and Helene Sierferheld!  It reminded me of Mario Praz’s declaration, “Connoisseurship is dead,” lamenting the melancholy demise of the amateur interest.  He saw connoisseurship suffocated by soulless PhD candidates, who, he said, “myopically insert semi-colons in their footnotes.” I couldn’t agree more. In London a typical amateur was the unsung Sidney Kauffman, whose exhibition of Fantastic and Ornamental Drawings from his own collection was a revelation at the Portsmouth College of Art in 1969.14 Also in 1969 in the Metropolitan’s Bulletin appeared an article on the ornamental drawings of Gideon Saint, by a young Morrie Heckscher, who had not yet been taken over by American Colonial!15 It was around this time as well that Jeudwine sold to Jayne Wrightsman a great chunk of the Mewes collection of French architectural and ornament designs.  I myself contributed with Italian Architectural Drawings in 1966,16 and the Victoria and Albert Museum entered the fray with Italian Stage Designs from the Scala museum in 1968,17 the Cini Foundation published Disegni teatrali dei Bibiena in 1970,18 and in 1971 appeared my Catalogue of Drawings for Architecture, Decoration, Sculpture and Landscape Gardening in American Collections.19 What I am trying to say is that in the sixties, seventies, and to a certain extent in the eighties, there was a confraternity of scholars studying these types of drawings. All corresponded. We knew who to ask and who to provide authority. Mary Myers showed authority with her Metropolitan catalogue, Architectural and Ornament Drawings Juvarra, Vanvitelli, The Bibiena Family and Other Italian Draughtsmen in 197520, as did Richard Wunder with that rich exhibition at Middlebury College of Architectural Ornament, Landscape and Figure Drawings Collected.21 I think the last catalogue of the Hawley-Wunder epoch sort to emerge from the Cooper-Hewitt was their Crosscurrents French and Italian Neoclassical Drawings and Prints in 1978.22 A few dealers were still producing these catalogues, notably a sequence by Clarendon Gallery, their Flights of Fancy in 1986, prefaced by Mr. Harris.

I have mentioned that Myers’s catalogue of French Architectural and Ornament Drawings of the Eighteenth Century in 1991 in general marked the culmination of interest in the subject by museums. The Hyatts, the Wunders and the Oenslagers were either dead or no longer active. The study of ornament and decorative drawings was a banned subject, particularly in teaching institutions, despite the fact that very considerable scholarship and connoisseurship was necessary in their study and elucidation. Now I am sure a few of you will mutter, “but what about Lodewijk Houthakker?” I have not mentioned Houthakker—dealer, connoisseur, and collector—whose two-volume catalogue in 1989 of more than 1100 drawings, Design Into Art Drawings for Architecture and Ornament, terminates a lifetime of collecting and interest that returns to Fatio and the 1950s.23 Houthakker was a monument to everything, and in Amsterdam his emporium was a stopping-off for the aficionados I have been speaking of. He bred experts such as Peter Furhring, the author of the catalogue. But strangely its commercial break-up produced no stimulation of interest, only a mild revival by the likes of Niall Hobhouse and Armin Allen. Their An Exhibition of Ornamental Drawings 1550-1900 appeared in 1987,24 and Design Drawings for Architecture Costume and the Decorative Arts from 1570 in 1989.25 There might have been dying embers, but Timothy Clifford’s catalogue for his National Galleries of Scotland, Designs of Desire Architectural and Ornament Prints and Drawings 1500-1850, although published in 1999, belonged, as did its author, to the enthusiasms of the 1960s.26 I hope the Bard Graduate Center will prove me wrong, but I still agree with Praz and Gahlin that connoisseurship is dead.

John Harris, OBE, is a renowned historian of architecture, gardens, and architectural drawings. Author of more than twenty-five books and catalogues, and two hundred articles, his rich and varied work includes Moving Rooms: The Trade in Architectural Salvages (2007), Inigo Jones: Complete Architectual Drawings(1989), The Design of the English Country House (1985), and The Artist and the Country House (1979). Harris is a Fellow and Curator Emeritus of the Drawings Collection of the Royal Institute of British Architects, founding Trustee of SAVE Britain’s Heritage and SAVE Europe’s Heritage, and founding member and Honorary Life President of the International Confederation of Architectural Museums. 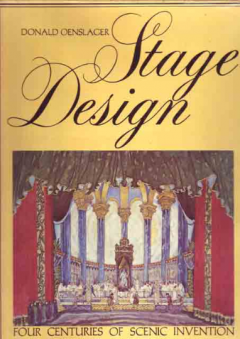